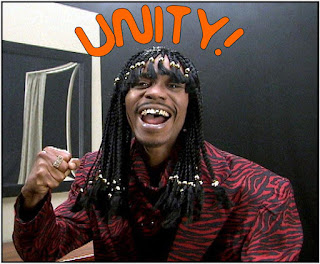 Well it took me a few days longer than I though it would to get this review out. But that is ok, because I wanted to do it right and give the Ubuntu / Canonical  team their due.

First things first.  I am not an Ubuntu hater. I enjoy it for what it is and for what it does for the Linux community. To me Ubuntu is the petting zoo for the full menagerie that is the Zoo of Linux distros.  It is easy, accessible, and most of the time... a fun experience.  So does the latest release of Ubuntu (11.04) with it's Unity GUI, maintain this tradition of fun and accessibility? I hate to report dear readers...NO.  Lets break it down. 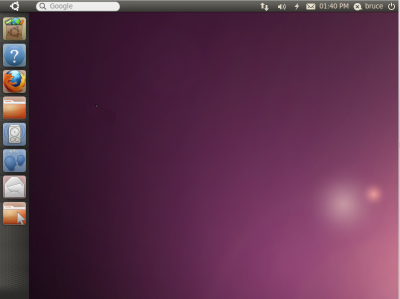 Unity is a people pleaser. It tries to bring "Unity" to all hardware platforms.  Desktops, laptops, netbooks, and tablets.  With this in mind let us look at what this means from a design standpoint.  First, there is no "Program" menu. No start bar.  A 7-10" tablet would not need such things so they are not there.  Instead there is a launcher bar on the left side of the screen.  From here there, you will find commonly used programs like Libre Office, Firefox, etc.  There is also a file broswer, and the program launcher thing that could best be called the unholy love child of the windows vista / 7 search feature and the android apps page. Lets discuss this feature a little bit.
The launcher button allows you to search for programs that you have installed or find new ones on the internet.  The icons are a good size, but by default there is no quick and easy way to bring up the standard directory listing of programs.  The interface is clunky and not very intuitive.  If I had to work on this desktop all day I think I would soon fill my screen with shortcuts or quickly go insane.  Suggestion to fix the design would be to create a unique icon that would be used on the Unity bar to launch a "start button" style branching menu system and use the current app browser (another smartphone/tablet influence) to search for new programs and/or as a control panel style collection of system related programs/apps/widgets.

Another odd design in the Unity desktop is the addition of external scroll bars. Instead of the scroll bar being inside the border of the window and always visible, the bar auto-hides on the outside of the window. You can still move the page content with the up and down arrow   The idea is very cool for use with a touch screen, but with a mouse it is rather pointless. Overall kinda meh on the idea.  Might take some getting used to but all in all it is more of design idea with touch screens in mind.  Last I checked Ubuntu wasn't trying to take over the handheld market currently occupied by Android, but maybe this is a sign of things to come.

Overall I found the Unity experience to be less than ideal.  The tablet chic aesthetic mixed with the clunky and non-intuitive layout really turned me off from wanting to dig any deeper into this distro.   If they limited this distro to only touchscreen enabled devices I might have given it more of a chance. But it tires too hard to bottle that Android magic and put it on your desktop. It just doesn't work without heavy customization. Now being a Linux user I don't shy away from this idea but I would only expend the extra energy if I needed to.  Like on a tablet.  That doesn't support Android.

TL;DR - Ubuntu 11.04 w/Unity gui... Needs tighter focus and the design needs to be refocused for better usability.  Stick with your old pre-Unity Ubuntu until they fix this clunky excuse for a GUI.